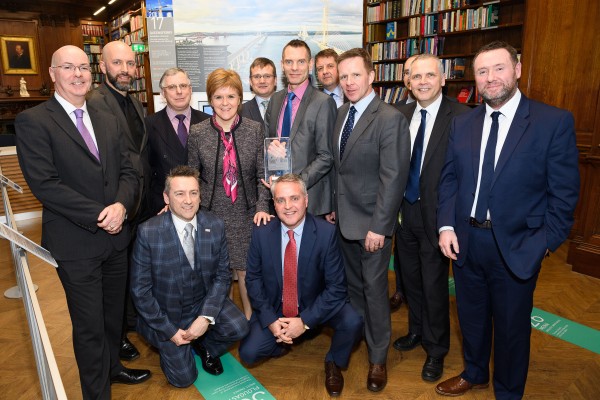 The team who undertook the work to reopen the Forth Road Bridge following the failure of the truss end link became the first recipients of The Institution of Civil Engineers (ICE) People’s Choice Award.  The project was one of 12 nominations from across the UK which improved people’s lives in 2016 with the winner being selected by public vote. 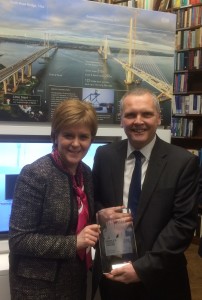 This is the second major award which the team, in which Fairhurst are the design consultant, have received for this project.  The trophy was presented at the ICE’s headquarters in One Great George Street London by Scotland’s First Minister, Nicola Sturgeon who in her address said, “This prestigious award is significant in that it was voted for by the public in their droves and saw off competition from the rest of the UK.  The strength of feeling in terms of appreciation, community spirit and respect for those who fixed the bridge is clear for all to see in the thousands of votes cast.  It is very fitting that the unsung heroes responsible for producing such an innovative solution under intense pressure have been recognised for their efforts.  They worked tirelessly in extremely challenging weather conditions to repair and reopen the bridge.  The collective response to this unforeseen event was remarkable and reinforced Scotland’s solid reputation for engineering excellence.”