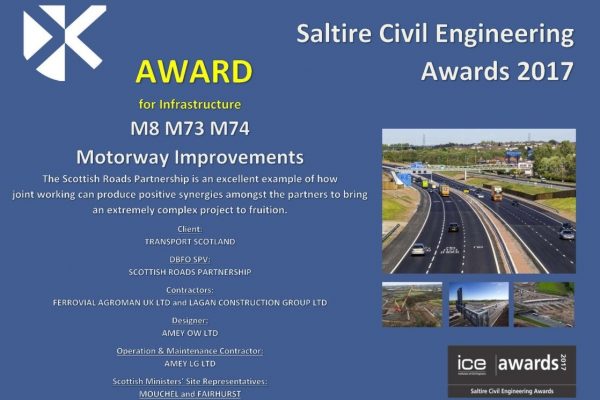 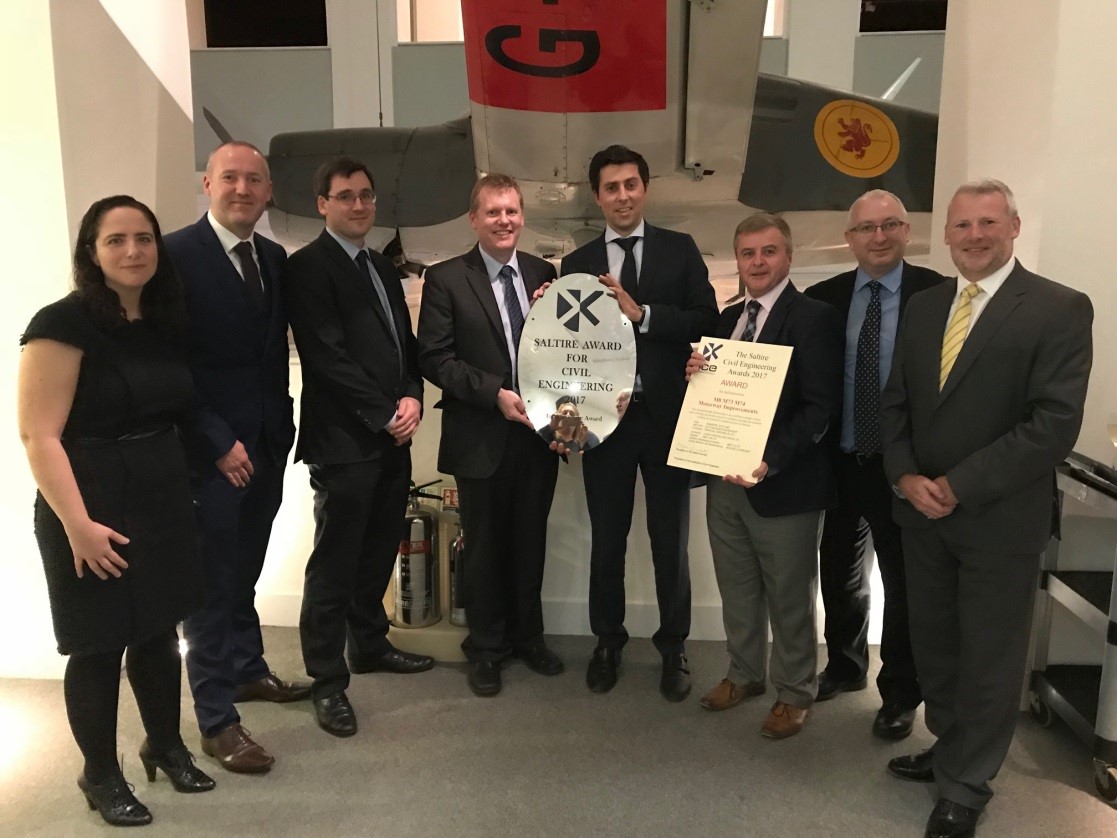 Award from the Institution of Civil Engineers in association with the Saltire Society.

Museum of Scotland, a complete the so-called ‘missing link’ between Glasgow and

Edinburgh, introducing uninterrupted motorway between the cities for the first time. The schemes also

included capacity upgrades to the old A8, M73 and M74. The scheme is now delivering a range of benefits to the people of Scotland, including reduced congestion and emissions, better journey times, improved journey time reliability and, it is expected, increased safety. 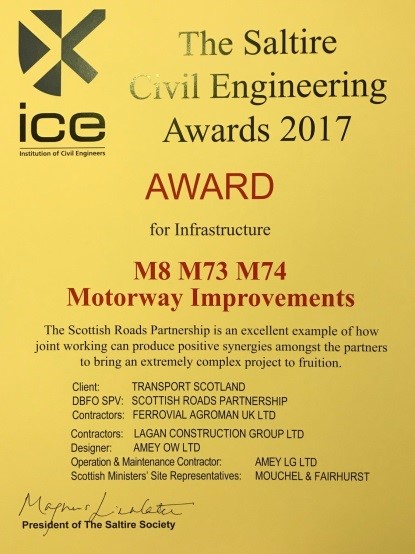 Work, said: “This award is very well deserved as the M8 M73 M74 Motorway Improvements Project was a massive undertaking which presented a range of technical and logistical challenges within a demanding timeframe. The project team’s response was first class and delivered a rejuvenated road network which is already delivering for Scotland’s economy by cutting congestion and reducing journey times for more than 100,000 vehicles a day.”

Whilst presented in respect of construction phase activities, the award is testimony to the hard work by all Mouchel Fairhurst JV staff in delivering this scheme from conception in 2003 to completion this year.